In the last days, a lot of "Year in Review" posts have been published. Of course, the pressure to review one's own year is growing. I love to read these posts, but I am usually too lazy to write one myself. This year it should be different. Here we go.

Many of you don't know I have a fixed-job. In my daily job, I work as an IT manager and developer. The goal of our company is to do something for the environment. We buy hardware from huge companies on a large scale, refurbish it and sell it back to other companies. In this way, we reduce the CO2 emissions that are produced in the manufacture of new equipment. In this job, I have the freedom to organize my time. I work 90% of my time from home. The company allows me to learn about new technologies and to test and implement our projects with the latest shit.

This year the following three things have changed my way of developing significantly. Firstly, as last year, this is TailwindCSS by Adam Wathan but secondly, it is also Livewire by Caleb Porzio and especially InertiaJS by Jonathan Reinink.

There is a chance to establish a new back office in our company. I realized how quickly I could reach my goal with TailwindCSS and InertiaJS and started a beautiful and flexible SPA. I would like to show you how it all looks like.

Yes, the layout is strongly inspired by Statamic and Stripe. Why on Twitter a problem was made of it, I can't say. I even had a short chat with Jack McDade, owner of Statamic, where we agreed how ridiculous this discussion is. A site with a sidebar, a top bar, and a content area will continue to exist for years to come.

Guys, stop hating! Better start something yourself, become successful, make your contribution to the community and then, and only then, we can talk together again.

Not much has changed in my project PingPing.io. At least not much that is visible to the outside. Unfortunately, I didn't have much time to invest in PingPing. First and foremost we migrated half of the infrastructure from Digital Ocean to Hetzer Online. The reason for this was the low cost, with at least the same, if not better performance. Apart from that, I only introduced minor new features. Among others:

With all this development I had great help from Lukas Kämmerling. Thanks for that.

A lot of discussions about video courses and their contents arose on Twitter. Unfortunately, I don't remember who tweeted this, but a tweet made me focus on the book again. It was something like this:

Why is always only the "what" explained, but never the "why".

Some comments were written. I quickly noticed that Bobby Bouwmann had the same mindset as me. We talked to each other and it was clear that my buddy Bobby was the absolute right man for this job. So we decided to write a book. 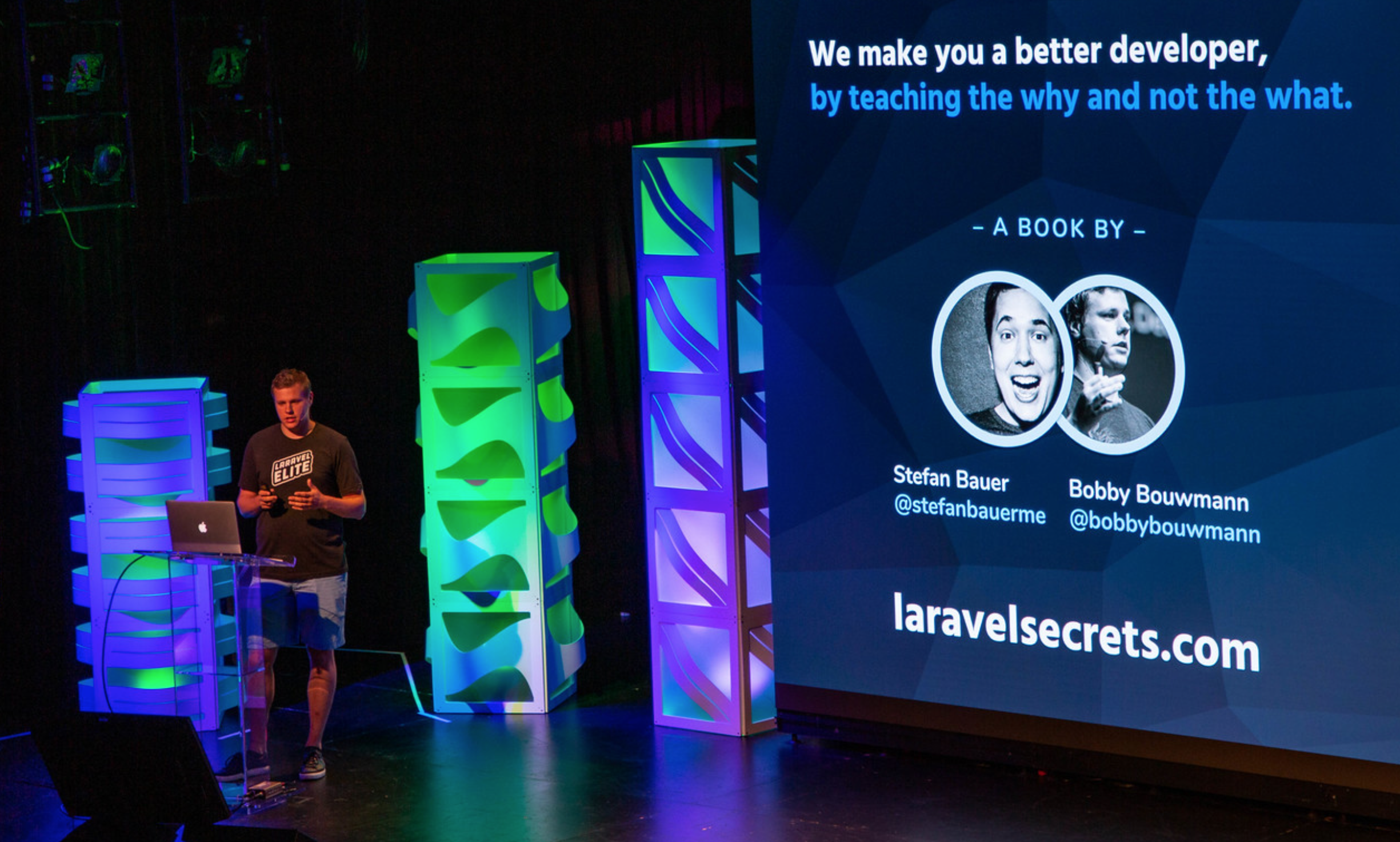 The book is now called Laravel Secrets. We try to teach you everything about all the hidden secrets in Laravel. We will teach you to focus on the "why", the hidden powers of Eloquent, pipelines, command line and design patterns. We have already released a demo chapter. It's called "Make Console Commands Great Again".

If you are not signed up yet, you should do so now. We're gonna knock that book out at a huge discount when it comes out. Check out our website and sign up.

From A Personal Perspective

A few weeks ago I posted this tweet and it was amazing how much feedback I got via comments or DMs.

Why the tweet? I have noticed that I have become increasingly fat over the last few months. I don't do any sports, I work a lot and when I do have time, I spend it with Rocket League or Netflix.

My goal now is to constantly lose weight. Jeffrey Way, the owner of laracasts.com, already inspired me to do this a few months ago by tweeting on calorie counting. He is, so to speak, the trigger for me to deal with this issue. It works great, but it requires a little discipline. At the same time, I would like to start spinning to speed things up. 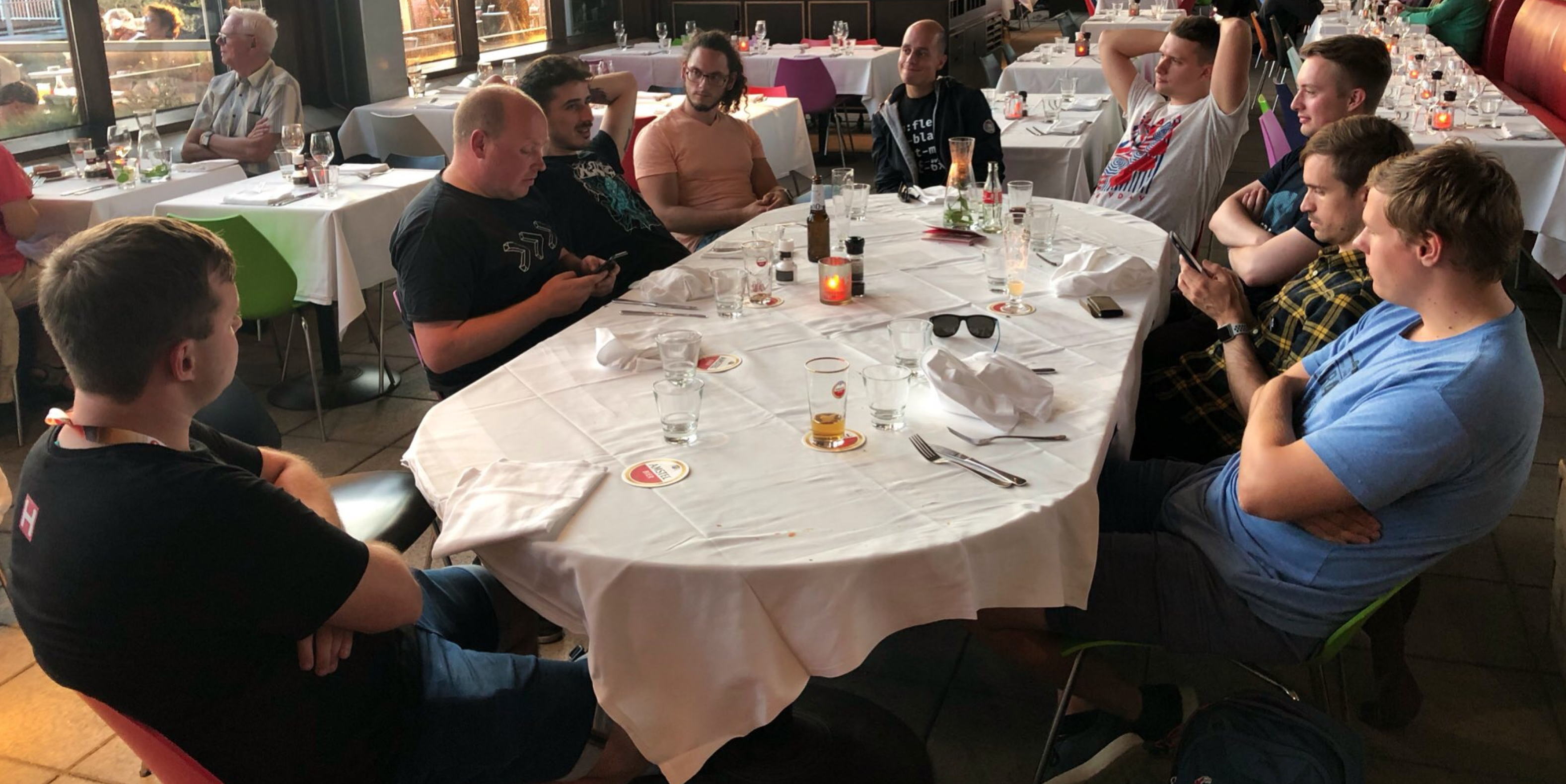 This year was a year of change. This picture above describes it best I guess. I had dinner with Freek Van der Herten, Dries Vints, Caneco, Sebastian De Deyne, Rias Van der Veken, Christoph Rumpel, Bobby Bouwmann, Sebastian Wasser and Lukas Kaemmerling at Amsterdam while being there because of the Laracon EU.

I met a lot of new people, who were instrumental in changing my mindset. Even if many people, especially those who have a large community behind them, are not aware of it: They have a responsibility (whether positive or negative) to their community. People try to identify with them. I have increased my "community" from 40 followers to almost 1600 followers. Although my number of followers is very small, I noticed how much people identify with you and want to be like you. People try to contact you in many different ways, just to get in touch with you. I also sometimes catch myself doing it. To cut a long story short: By getting to know some people, my way of thinking has changed. The most important or influential people I would like to mention here:

That all had a huge impact on my life. I have thought for a long time about whether the following content belongs more to the topic of work, or rather to the area of "personal". I think it belongs here. Of course, the above topics are work-related, but first and foremost they have an impact on my private life and my personal mindset.

So what about the year 2020? Honestly, I don't know. I have already ordered the ticket for the Laracon EU in Amsterdam. That means that I will definitely be there. So if you want to meet me, just ask. My biggest goals in 2020 are: