My SaaS-Journey from 87 followers to first profit

This story shows you my SaaS-Journey of PingPing.io - a simple Website and SSL Monitoring platform.

It was the year 2017, January. I have worked in many companies. Mostly as a developer, but lately I've only been responsible for IT. All companies had the same problems. How can you make sure that websites stay online and SSL certificates are valid?

There are a lot of very good solutions out there that offer solutions to these problems. We are talking about monitoring systems. I am not lying when I say that I know, have tested and have used most of these systems. For me (almost) all solutions have the same "problem". They have too many features. Not that it's bad to have many features, but the problem is that you have to pay for that variety of possibilities. What I need is simple:

So I decided to build this solution myself. The requirement is relatively clear.

So I started to develop this thing. There was no product name at that time. It was also never thought to make this project public. It should be a small, but a fine project, which goes as fast as possible in the development. Based on these requirements, I decided on the following stack:

I decided to create the whole thing as an open source project so that the "world" could participate and benefit. I wrote about my project on Twitter and published my first blog post. 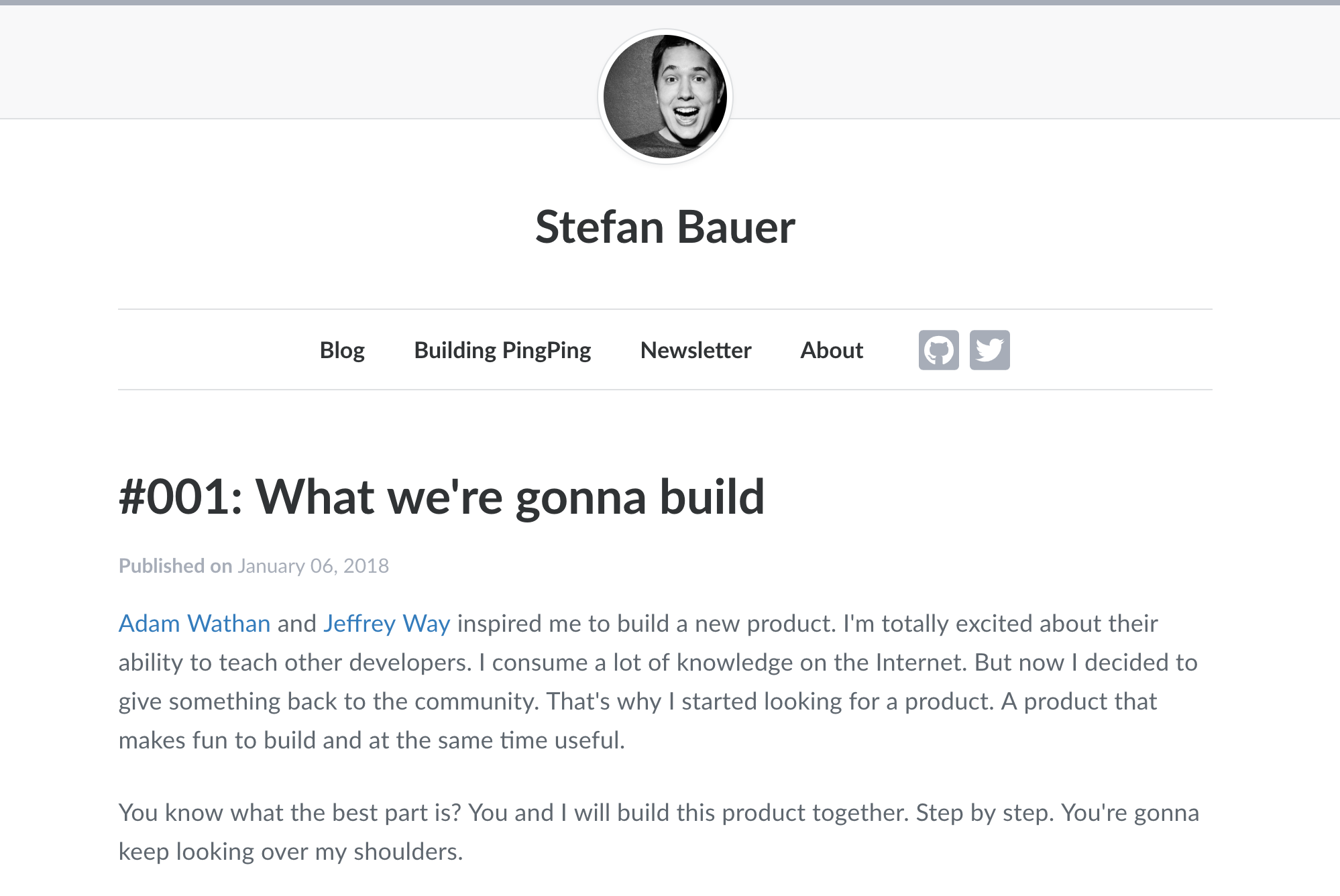 I'm actually the silent co-reader. Whether in Slack or on Twitter. I read a lot, am always informed, but not very active myself. At that time my Twitter profile looked like this: 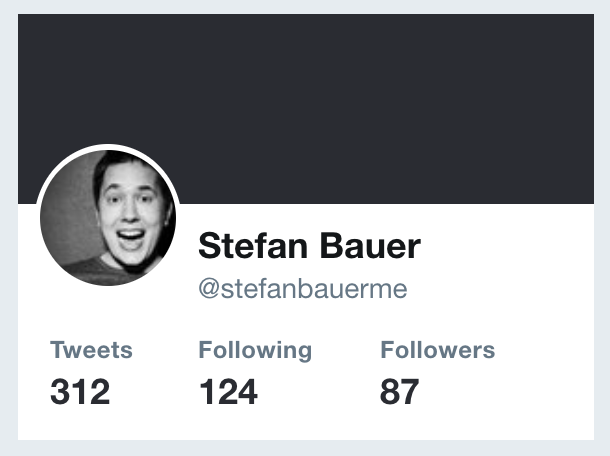 It's gonna be a commercial project

I invested some money at some point and joined the MegaMakerClub. A community by and for Bootstrappers created by Justin Jackson. I met Justin as a very nice guy from next door. I got some information about who this guy is and what he does. I was especially convinced by his talk about marketing on the Laracon. Also there I am the silent co-reader. But I can highly recommend everyone to join there. The money is worth it. The community is really great, very helpful and supports each other with many questions.

I also have regular contact with Adam Wathan (author of Refactor to Collection, creator of Test Driven Laravel, Advanced Vue Component Design, and TailwindCSS). We also exchange ideas here and there about different topics. I have the feeling that I annoy him sometimes, but Adam always takes time to answer questions or write his opinion. At this point "Thanks" to Adam, who has to bear me again and again.

Why am I telling this? Because it's incredibly important to be with people who are where you want to be and especially with whom you can identify. Find mentors. You can not only learn from them, but they also bring you forward. Adam, as well as many people in the MegaMaker community, are permanent members of our community. Don't underestimate that.

In any case, it turned out very quickly that my blog posts about PingPing received a lot of attention. Yes, meanwhile there was even a name. Not least because Adam and the community supported me in the form of tweets.

The result was that within a week I had a subscriber list of about 300 subscribers. 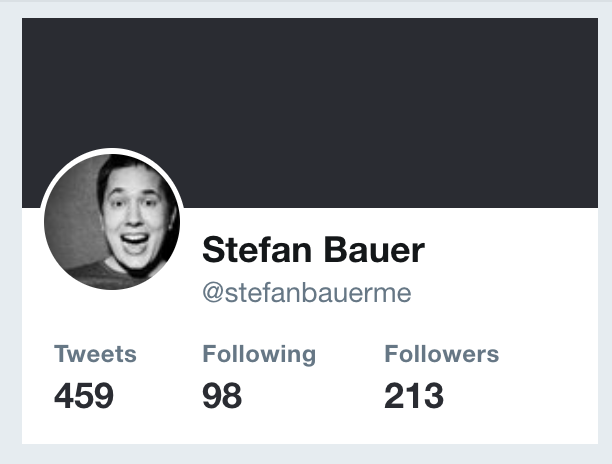 I received a lot of feedback from blog readers that they were willing to pay money for the product.

Wait a minute. You want to pay money? I talked to some people again and in the end it was clear that I would make it a commercial project.

I've made the mistake of developing a project in the past without verifying the idea. Don't do that!This only ends in frustration. You develop. You invest time. And in the end, you realize that you have developed past the market. That should be different this time.

So I quickly built a landing page where I announced PingPing. With the possibility to subscribe to a list. At the same time, I started with the development.

Soon it turned out that my Twitter followers are getting more and more (meanwhile more than 300 followers). 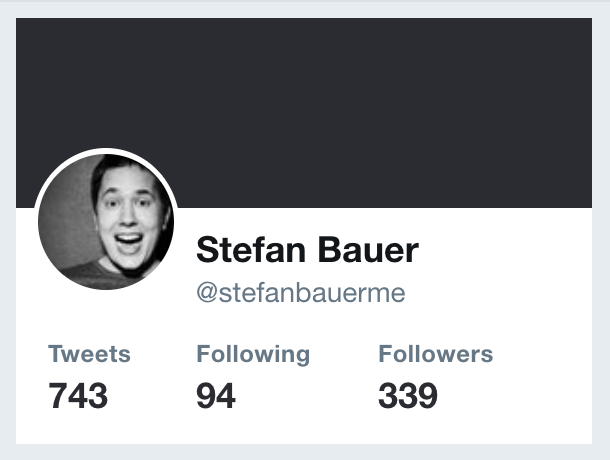 So it seems to be the right direction. The idea seems to work, although there are already many competitors.

Before launch - the beta test

Nothing much has happened up to this point. Except that I developed PingPing in a constant and focused way. Here and there some people had to motivate me again and again. That's important. Have people who motivate you to keep going.

I had set myself firm plans for the MVP. Now it was time to test the whole thing. For this, it was important that I get strangers. People I don't know. People who don't know the product. People who openly and honestly tell me what they think about the product. I decided to send an email to my list. It had grown to 500 subscribers by this time. Who wants to be a beta tester? 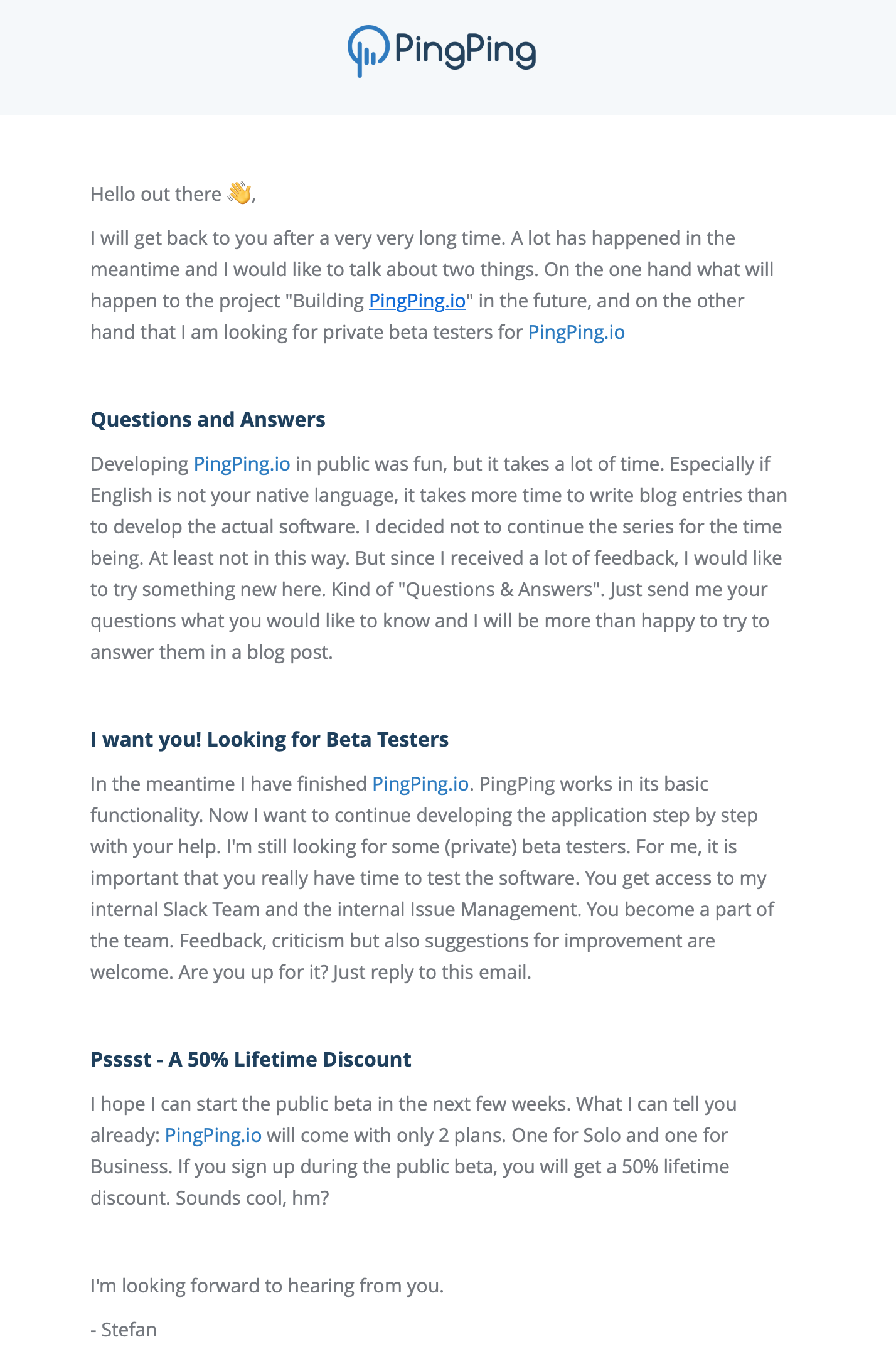 More than 30 people contacted me. That was a little too much for me. So I decided to pick out 10 people.

Take a close look at your testers

The experience was good but also bad.

Half of the testers are really interested in the product. They want to make the product better. They have ideas. They have suggestions. And they test your product very carefully. Not only functionally, but also in the area of security. Here I got many valuable hints. I have implemented a lot of ideas and suggestions.

Then there is the other half. Motivated at the beginning. But very quickly it becomes clear that they actually don't have time to seriously test the product. Maybe they just think they'll get the product for free at the end. I don't know.

So here's my tip: find testers who really have time to test the product. Testers who feel like testing the product. You need loyal testers. And that's not so easy.

A word on my own behalf: Thanks to all my testers. My special thanks go to Jordan Kniest. He really invested a lot of time.

On 2018, Oct 30th the time had come. I decided to launch. If you think that the start is something special, then you are wrong. It's not. There is no "WOW" effect. Only one load falls off. 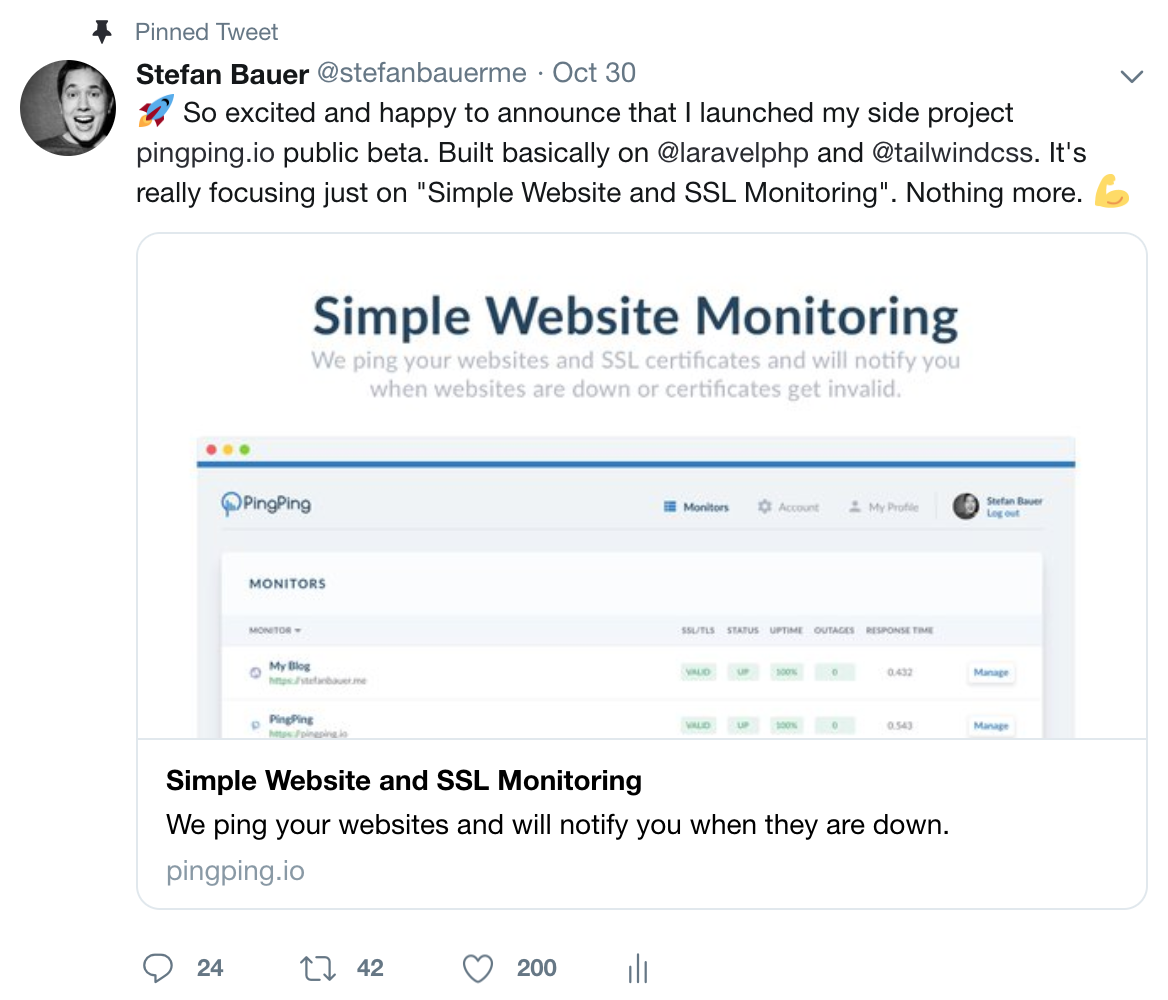 I communicated the launch on Twitter and in my email list. The rest was done by the community. Retweets and Likes.

I underestimated reality. Developing and testing a SaaS product locally is different than running it productively. Locally or on a staging system, there is not even a rudimentary load that arises productively. So I spent the time after the launch doing performance optimizations because some of my servers were heavily used. The optimizations brought a lot. I can now run the project at a relatively low cost.

A tip from me: The reality is always different.

Today is 2018, November 24th. Pricing is difficult. I have changed the prices several times within the last 2 weeks. On the one hand, based on feedback from some users. But also Jonathan Reinink(Creator of TailwindCSS and ChurchSocial) was a big help. The exchange was very exciting. His experience is outstanding.

Here I am today (after 3 weeks of launch):

Don't give up. Keep going. It will work!

How was your experience? What have you done? How did you do it? All that would be interesting. Send me a direct message on Twitter or follow me. Let's share experience and ideas.